The most Powerful SmartPhone of Xiaomi Family in 2020

Xiaomi has announced the global availability of the Xiaomi Mi 10 series with 5G. The Mi 10 Lite 5G is also added as a new member of the family.

Let's start with the most powerful Smartphone on earth - the Xiaomi Mi 10 Pro 5G. The Xiaomi Mi 10 and Mi 10 Pro are essentially the same. You will get the same big 6.67-inch AMOLED TrueColor 90Hz displays, a Snapdragon 865 powering the whole affair, and at least 8GB of RAM to back them.

A New Lite Version Xiaomi Mi 10 Lite is also introduced. As its name implies, it's a lite version of the Mi 10. The Xiaomi Family equipped the smartphone with a very powerful Snapdragon 765G processor. At the front, you'll find a 6.57-inch AMOLED TrueColor display. With Xiaomi adding a 48MP quad-camera. Specs rarely say anything substantial about cameras but Xiaomi promises a vis night mode, dynamic skyscraping will have to be tested in the real world.

Due to the coronavirus pandemic, stocks are limited at the moment. So, before we get the Xiaomi Mi 10 and Mi 10 Pro in for a review, we've compiled everything you need to know about the Xiaomi Mi 10 so you can decide if it's worth waiting for it or not.

That price for the Xiaomi Mi 10 seems high when you compared it with the Mi 9 that launched for $650 (around £549, AU$1,090) for its 128GB version. But there are few more impressive features on this new Xiaomi Mi 10 Phone, like its 108MP Quad Camera, 960 fps Slow-Motion Video, that may make up for it. The Mi Note 10 costs exactly the same price for its 256GB version, so it remains to be seen how the new version improves on its predecessors.

The Xiaomi Mi 10 Lite will cost $380 (roughly, £310, AU$640) and since it's a 5G phone family, that would make it by far the most affordable handset with that next-generation connectivity enabled.

The Most Powerful Smartphone Xiaomi Mi 10 and Mi 10 Pro goes global. Following re the mostPowerful features and Specs that you expect in a modern age Smartphone. A New Mi 10 Lite is also added to the family, aimed at making 5G more accessible.

From the Design Point-of-view, the Xiaomi Mi 10 and Mi 10 Pro look very similar having screen that curves at the edges and is broken up by punch-hole, cut-out cameras at the top left of the display.

On the back, there is a camera bump at the top left corner, although the lenses spill off the bump and onto the flat of the body. The Newest Xiaomi Mi 10 phones are available in a wide range of colors.

The Xiaomi Mi 10 Lite, has a slightly-smaller 6.57-inch AMOLED screen, but in general, it looks similar to the Mi 10. It does have an in-screen fingerprint sensor too.

The most important features of the Xiaomi Mi 10 and Mi 10 Pro is the 108MP Quad camera, which should take fantastic pictures, and 8K Ultra HD Video Shooting recording leading video recording in the digital era that is never before.

The Xiaomi Mi 10 Pro has a 20MP ultra-wide camera and two telephoto lenses. One of these is 8MP and supports 10x hybrid zoom, and the other is 12MP with 2x optical zoom, which is used for portrait mode. 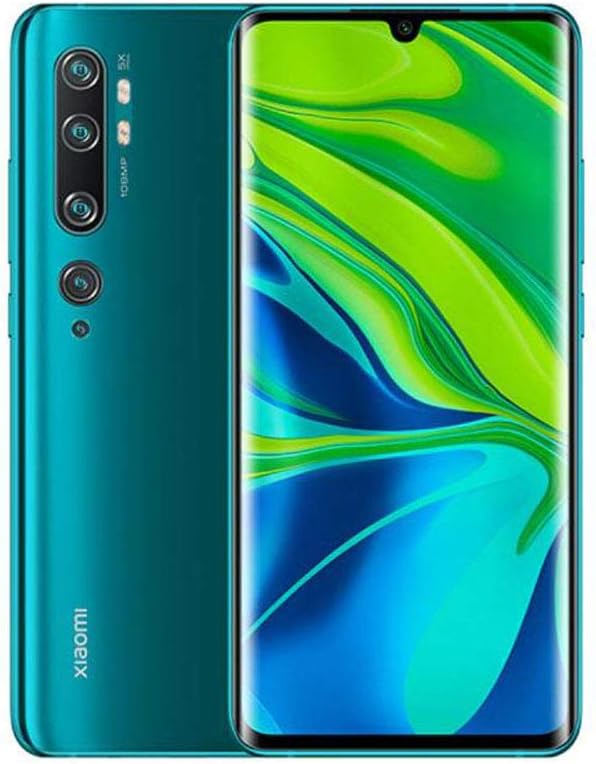